This morning at approximately 8:22 am, Station 28 and Squad 22 were dispatched to the 300 block of Bryn Mawr Ave. for a reported appliance fire. While en route, the Lower Merion Police Department advised the fire was extending outside the dryer and to the house. Engine 28 requested the assignment be upgraded, bringing additional township resources to the scene. Including, a full company response from Station’s 28 and 22, an Engine from Station 26, and a Ladder from Station 21.
Upon arrival, 28 personnel found a 2.5 story, type V, occupied single family dwelling with a heavy smoke condition on Division 1. Crews from Squad 22 pulled a 1.75″ attack line through the front door. While Engine 28 personnel pulled an 1.75″ back up line to the front door. Bryn Mawr Avenue Command was established and determined the fire was located in the Charlie/Delta quadrant on Division 1. 22 personnel encountered moderate fire and used a dry chemical extinguisher and a water can to hold the fire, while the 1.75″ attack line was charged. The bulk of the fire was quickly knocked and crews began checking for extension.
Crews from Ladder 21 and Ladder 28 arrived and were assigned to check for extension on division two, the attic, and the basement. Crews found a heavy smoke condition on all levels but no extension. Crews from Ladder 22 and Engine 26-1 arrived and were assigned to overhaul division one. Thanks to an aggressive interior attack and our automatic aid partners – the fire was held to the room of origin.
The Union Fire Association would like to thank all of the Automatic Aid companies involved. Specifically, the Penn Wynne/Overbrook Hills Fire Company, Belmont Hills Fire Company, Narberth Fire Company, Lower Merion Fire Department, and Lower Merion Police Department. 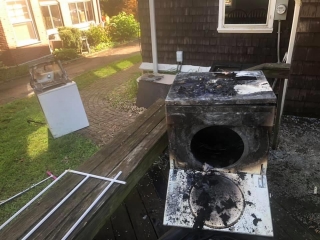 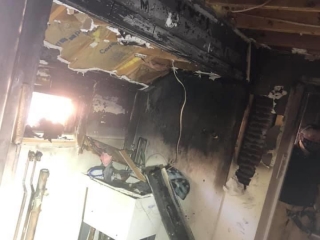 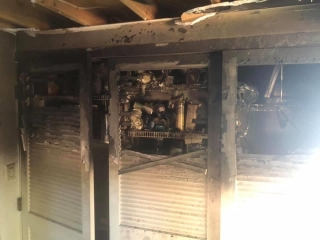 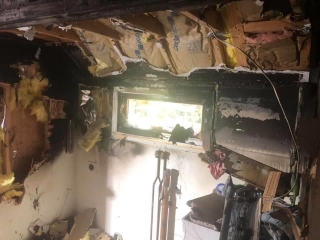 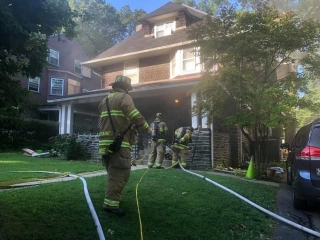 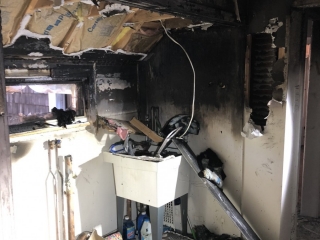